On an evening where both sides played fringe players, typical of the earlier stages of the Carabao Cup, it was Man Utd/Swansea that prevailed at the Liberty Stadium. Both teams came into the game after losing at the weekend, Swansea to Bournemouth and Manchester United to Huddersfield, and were looking for a positive performance at the least heading into the weekend.

The first half had a sense of equality in it throughout, both sides threatened without looking too dangerous for the first 20 minutes of the game. A handful of half chances from both sides ultimately came to nothing, in particular Jordan Ayew made a couple of dangerous runs, hoping to exploit the frail confidence of Victor Lindelöf. Man Utd played with a back three, Chris Smalling anchoring the middle of the 3 with Lindelöf and Alex Tuanzebe either side of him. Swansea sought to exploit that, with Ayew targeting Lindelöf and Routledge targeting Tuanzebe, but other than a minor hiccup from Lindelöf and what could have been one of the harsher penalties given against Tuanzebe both youngsters played well. Man Utd’s breakthrough came in the 21st minute as Anders Herrera’s forward ball was expertly flicked by Marcus Rashford perfectly into the path of Jesse Lingard, who had broken free of the defence, who applied a calm finish into the bottom corner to the goalkeeper’s left. Daley Blind nearly gave Swansea an equaliser as his headed clearance hit the thigh of Swansea striker Oliver McBurnie and rolled just the right side of the post for Blind. Other than this moment of quality from Rashford and Lingard the rest of the half returned to half chances and back and forth as Sam Clucas and Scott McTominay missed from range for Swansea and Man Utd respectively.

The second half began in a similar fashion to the majority of the first half, however, Man Utd soon asserted themselves onto the game and took full control. As has become a signature sign of a Mourinho team working well once they take the lead they look to take the sting out of the opponent and keep the ball without providing many thrills for the watcher. Fortunately for me, and everyone else watching at home that wasn’t a Swansea fan, Man Utd doubled their lead with an exceptional cross from Matteo Darmian and header from Lingard. After Tuanzebe carried the ball into the Swansea half he laid the ball off to Darmian who whipped a cross into the Swansea box which Lingard met from about 16 yards out and headed into the bottom corner. Mourinho brought Lukaku and Matic on just after the 60-minute mark as Mourinho looked to lock down the victory. Tuanzebe could have made it 3-0 on the 69th minute (nice) but hit over after Kristoffer Nordfeldt dropped the ball six yards out. Swansea hoped to inject some pace into the game by bringing on Tammy Abraham and Leroy Fer and buoyed on by the noise levels of the home fans Tammy Abraham forced a good save from Sergio Romero in the 74th minute. Swansea’s second breath of life was short lived though as aside from Abraham’s chance normal service of the second half resumed and Man Utd took the sting out of the game again. A last minute save from Romero ensured Man Utd kept the clean sheet and Mourinho happy!

Overall this game served as a perfect tonic for Mourinho and Manchester United after their loss to Huddersfield. They did not play particularly well but they were professional and serviceable, which was enough to give them the victory. 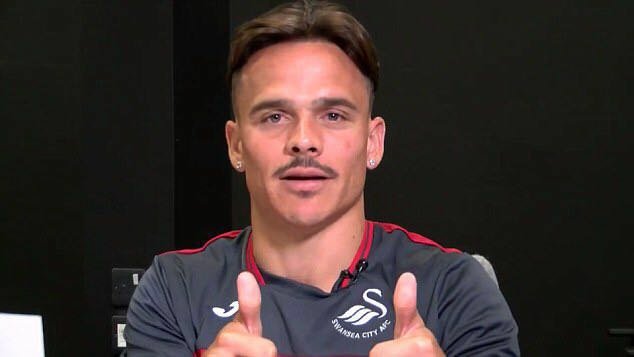