Around the BBL: Bristol Flyers

In the first edition of Around the BBL, Darren Paul spends time with the Bristol Flyers players and staff to learn more about the club, its players and its future. 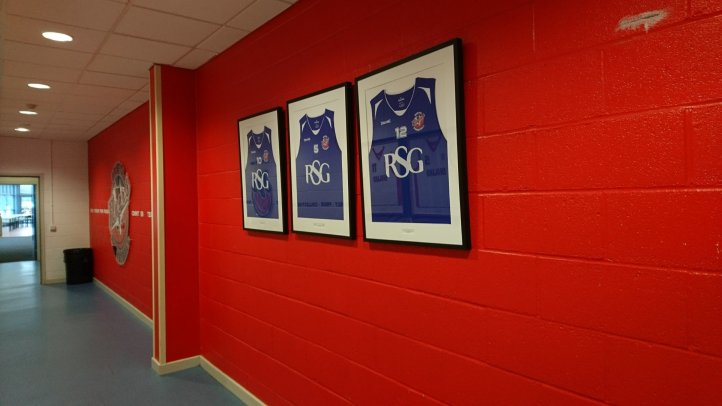 The Bristol Flyers were established in 2006 and were finally awarded a BBL franchise ahead of the 2014-15 season, having worked up from the lower leagues of English basketball. The Flyers are in a unique situation being that they are part of Bristol Sport, a group of sports clubs owned by Stephen Lansdown using shared facilities, promotions and staff,  making their promotion to the top flight of British basketball as sustainable as possible. Bristol Sport uses a twist on the European and South American model of a sporting society or club having multiple teams in various disciplines (Think Barcelona or Racing Club de Avellaneda).

When you realise @bcfctweets have drawn @ManUtd at home in the @Carabao_Cup… pic.twitter.com/p9MNbJlJDV

And it has paid off handsomely for the Flyers as they regularly sell out the SGC WISE Basketball arena in the Abbeywood area of Bristol (13 straight heading back to last season), as well as having made the playoffs in two of their first seasons of BBL competition. The start to their current campaign hasn’t been as smooth as they would have liked but there is great promise around the squad as evidenced by their semi-final appearance at the Betway all-star championship that turned a lot of heads to kick off the year.

The Flyers have lost their last 3 fixtures culminating in a 16 point Friday night which featured a complete defensive collapse in the second quarter of play and ultimately caused the one-sided scoreline. Boggs feels that the losses the side are taking are down to mental mistakes rather than the players.  “I think our defenders are good we’re just not focused. It’s not a physical thing with us it’s a mental thing. Guys running back on defence, denying shooters their shot and denying the post just little things like that and we’ll be alright.”

The Flyers pride themselves on defence. That is instilled from their coach all the way down. Coach Kapoulas outlined his style of play, “A lot of commitment on the defensive end and ultimately we want to play up-tempo and create easy scoring opportunities for ourselves.” Club Captain Michael Viggor went a step further describing the Flyers as defensively focused.

Viggor outlined how he sees the Flyer’s way of playing, “40 minutes of playing hard basketball we see ourselves as a defensive team we want to hold teams to 75 and under 80- and under and really grind it out. so far we’re still a few lapses here and there we want to get to that stage of being top 5 in the bbl defensively.” Style of Play a lot of commitment on the defensive end ultimately want to play up-tempo create easy scoring opportunities for ourselves we really take pride setting the ball making sure everyone gets involved in the offence. Exciting, fast-paced and we want to make sure everyone talks about the way we carry ourselves on and off the court. discipline, commitment and hard work that mentality is what we want Bristol Basketball to be all about.

The Flyers are on a journey, to become of the best basketball programmes in the country. Coach Kapoulas is also the Under 20 Great Britain men’s coach and has been a big part of the progress made in the sport at both domestic and international level and sees the Flyers are a big part of that. “for us as a club we can’t settle, we must keep getting better. We want to keep moving forward, top 6 finish, top 4 finish, win a championship and establish ourselves as one of the best basketball programmes in the country.”

Boggs and Captain Michael Viggor are clearly loving life in Bristol, both the team and the city but are also bullish about where the direction the league is going. Viggor: ‘The BBL is very transition based and very up and down. [It is becoming] more and more structured with lots of athletes, lots of very good players. The level of play is very high.” Boggs, who spent his first year as a pro in Norway was keen to stress the competitiveness and the physicality of the BBL “but the players are really strong too. the talent level is pretty much the same as college. It’s really physical, more competition here than in Norway.” 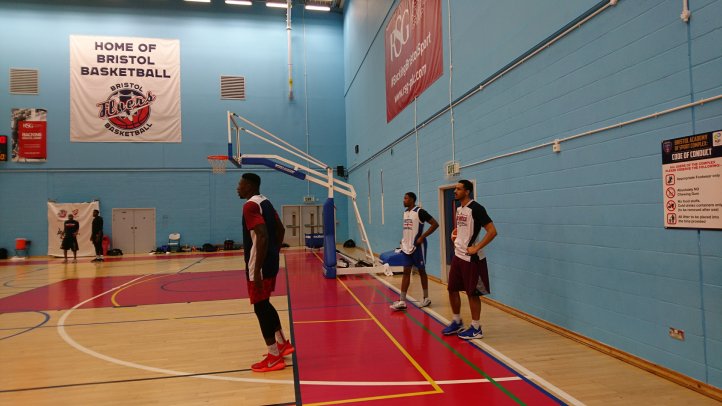 Viggor, the Australian leader of the club, has been pleased overall with the start to the season, despite the losses. “Start to the season has been good, good schedule, lots of Friday night games. Going in well prepared, decent start, not everything we’ve hoped for but we’re finding our feet as a team.” The Flyers kicked off the season making the semi-final in the All-Star championship and Viggor feels that when the side is able to put together their excellent ten minute runs into 40 minute spells the results will come.

When talking about their upcoming opponent, the winless Leeds Force, shows the mentality of the Flyers better than anything else. Boggs outlined how the Flyers mentality heading into a game. but we focus on ourselves and if we play 40 minutes strong we can beat any team. Anything can happen. anytime we focus on ourselves and we bring for 40 minutes I don’t think any team in the bbl can beat us.”

The Bristol Flyers are working hard on and off the court to put themselves in position to become one of the most dominant and influential forces in British Basketball, and whilst these goals look some time off being met it is difficult to be anything other than impressed by what the club is doing.

The Flyers have a strong core of very talented players, including the dominant Brit Daniel Edozie, who played college at the prestigious Iowa State under current Chicago Bulls head coach Fred Hoiberg and Nebraska Alumn Leslie Smith. Under Kapoulas the Flyers are a real threat to the top four of the BBL standings and should be targetting a good run in the BBL Trophy and the Playoffs. As Brandon Boggs said, “The sky’s the limit for the Bristol Flyers.”.