The Plymouth Raiders have announced the return of Dylan Costelloe for the 2017/18.

The fan favourite 6’3″ point guard returns for his third season in Plymouth has represented Ireland at both junior and senior levels and has featured in 35 BBL games and played a pivotal role in the 2015/16 season when he started 11 games at point guard.

The Irish international, who studies geography at the University of Plymouth, said “I am delighted to be back playing with the Raiders”, he continued “I know this new-look club is going to be a good fit for me for what I hope to achieve this year.”

Gavin Love, the new Plymouth Raisers head coach, complimented his new signing “It’s great to have Dylan return to the Plymouth Raiders; he was a real fan favourite and had some very solid performances in the BBL.” 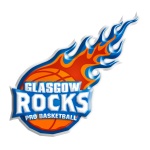 Glasgow Rocks have announced the signing of 6’6″ American forward Jalen Billups for the 2017-18 season.

Billups, an alumnus of Northern Kentucky University where he played four seasons, had a strong senior year averaging 12.1 point, 5.5 rebounds and 1.3 blocks per game in 19.7 minutes.  Billups signs from Australian side Cockburn Cougars where he averaged 24.3 points and 9.8 rebounds a game.

Head Coach Tony Garbelotto said, “he has been our number one target all summer, so to be able to finally get him is exciting.” On how his new signing will fit into the team “we believe that he is the perfect player to anchor our team down low and provide valuable scoring and rebounding. I am looking forward to getting him here and start working with him.”

Billups will be playing in the front court with GB captain Kieron Achara and Scottish international Ali Fraser and had this to say on his signing, “I am looking forward to play[sic] in the UK and even more excited to play for a winning team like Glasgow”, adding, “I look forward to getting the team back to BBL finals and hopefully winning a Championship this season.”

It is clear from the offseason moves of the Rocks that they are in win now mode with a Head Coach change and additions such as Billups, they will look once again to content at the highest levels of the British game. 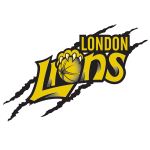 The London Lions roster overhaul continues a pace with the singing of GB star Justin Robinson.

The Londoner, who played for top London club the Brixton Topcats and captained Rider University in his senior year, averaging 15.3 points and 3.8 assists, is headed home following a six-year stint playing in Europe.

Robinson averaged 11.9 point and 2.5 assists last season whilst playing in Greece’s top tier for Doxa Lefkadas before playing with French side Saint Quientin.

New Lions Head Coach, Mariusz Karol said: “I saw him train with the Lions a couple of years ago and when I got this job he was a player we needed to get.”

Owner Vince Macaulay said “Justin is a big signing for us, getting a core group of British players is critical for our path…I want British players to realise the BBL is becoming a real option for them and Justin is just the first of many.”

Macaulay is one of the main men at the BBL who just signed a new ten-year licence with the BBF to encourage the growth of the game in Britain and to retain the top British talent.

Richardson is excited about the return to his hometown, “A chance to play in front of my loved ones is a huge deal after playing so many years abroad… To see the direction the club is going and with plans of playing in Europe in 2018/19 this is something I had to be apart of.”