US Open 2017: The Final Week of the Final Major 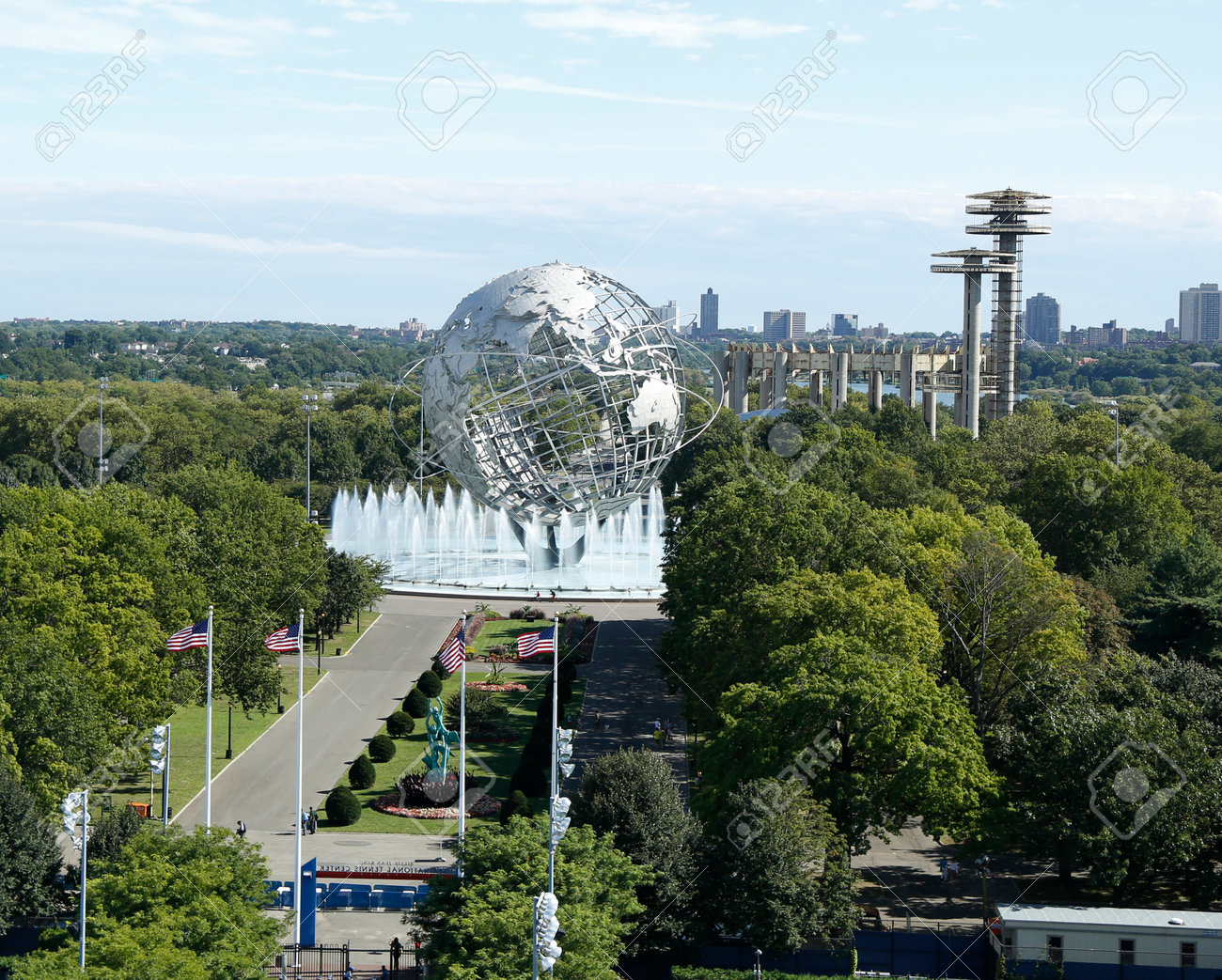 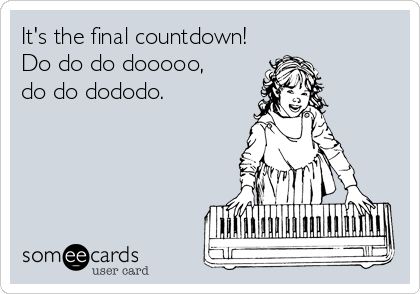 Well, not really. It is however the second week of the final Slam of the year. A lot has happened in the first week. A Nadal-Federer semi-final awaited. Surely the second week would give us everything us tennis fans wanted! Right? This is the part where the tennis gods say ‘NO. JUST NO.’ Sure enough, the business end of the US Open proved to be just as eventful as the first. And by eventful, I mean, it was equal parts terrific tennis and upset central. Not that that’s a bad thing……..it’d just be nice if it hadn’t happened quite so much.

Today was the day that Denis Shapovalov”s scintillating run in New York came to an end. Although he did lose in straight sets to Pablo Carreño Busta, all three sets went to a tiebreak. That being said, Shapovalov has won the hearts of the tennis world. The fans on Arthur Ashe gave him a standing ovation as he left the court. John McEnroe loves him. He’s even got a nickname, El Shapo. Not bad for a kid from Richmond Hill, Ontario, eh? He will next play at the Laver Cup as part of the World team along with (a hopefully healthy) Milos Raonic.

Maria Sharapova also saw her tournament come to an end at the hands of Anastasija Sevastova. It seems like both her and Petra Kvitova are back in fighting form, and speaking of Kvitova, well, she upset Wimbledon champ Garbiñe Muguruza.  Venus Williams continued on her romp to a third Slam final this season…………….clearly the 30’s are the new 20’s- looking at you Rafa and Roger!)

It seems our favourite gentleman tennis player Juan Martin del Potro is back. The Argentine has been in superb form these championships and has looked the same del Potro that won back in ’09. He proved that he was back by upsetting Dominic Thiem in 5 sets. A comeback victory that the New England Patriots would have been proud of. Good on you J.M. 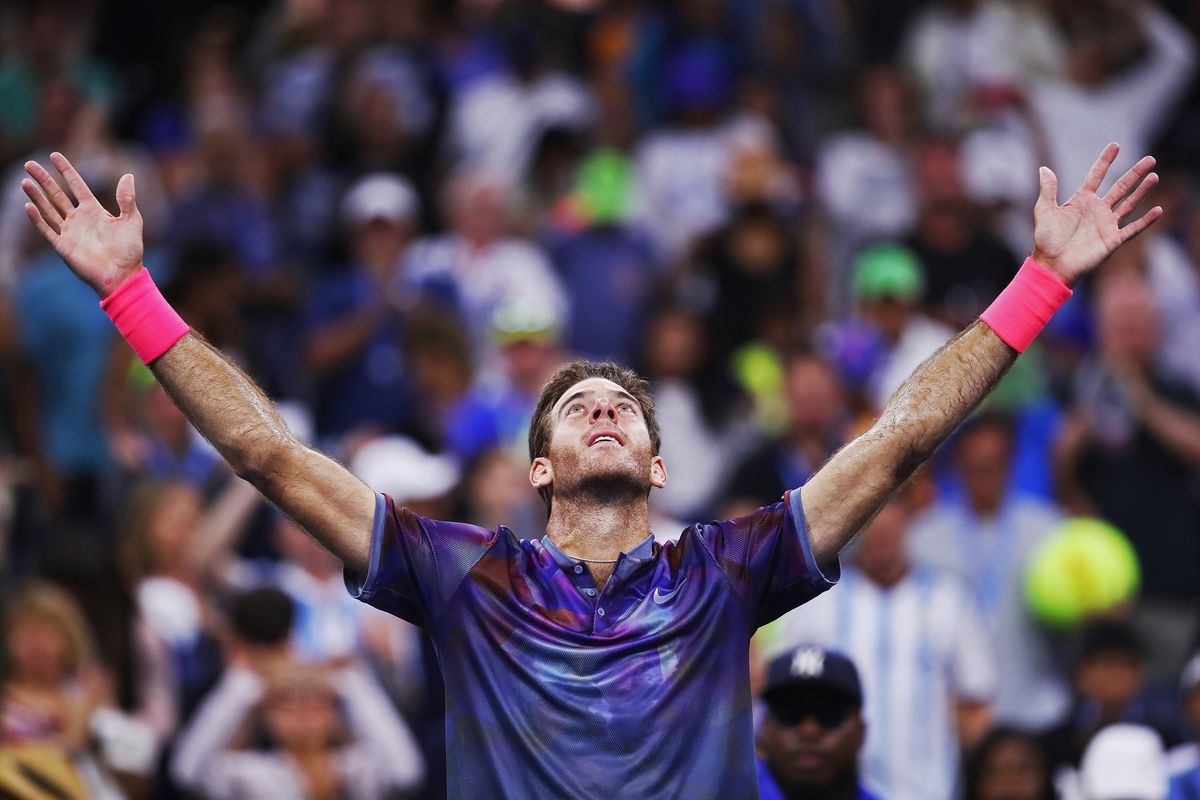 Might as well address the elephant in the room first: Juan Martin del Potro upsetting the great Roger Federer. That’s right. The dream semifinal, the matchup of the year, the most anticipated event of the tournament! Not gonna happen. Our hopes dashed once again, this time at the hands, or racket, of our gentleman friend J.M. Look, I’m not saying he didn’t deserve to win, because he did. His tennis had been lights out all tournament. And everyone knows what happened the last time he played Federer at Flushing Meadows. Interesting fact: Feds hasn’t won a US Open since ’08. Federer admitted after the match that he hadn’t played his best tennis, and, everyone knew that he had tweaked his back just before the Open anyway; his two 5-setters to begin the tourney didn’t help either. But as always, he was gracious and magnanimous in defeat saying that he was glad that the semifinal between Nadal and del Potro would be a high quality, competitive match (yeah, Roger, about that……………). So while the fans can feel cheated out of Rafa vs. Roger for the first time (again), we can take solace in the fact that at least the two will split the 4 Slams this year (probably.) It’s almost like it was planned…………………

Lost amid the kerfuffle of del Potro (kinda sorta) ruining everything was the fact that Rafa also played a quarterfinal; one which he dominated poor Andrey Rublev in straight sets. The kid did well to make it this far. Nadal was ruthless, only dropping 5 games in total. Imagine you’re Rublev for a moment: you’ve made it to the quarters of a Slam for the first time and you’re playing your childhood idol. That’d make anyone nervous. Asked after the match about what he thought about being young Andrey’s childhood idol, Rafa responded ‘I guess that’s the bad thing about getting old.’ To be considered someone’s childhood idol at the age of 31 is a difficult concept to get one’s head around I suppose. He was also asked his thoughts about playing Roger in the semis and would he be disappointed if it didn’t happen. He responded with ‘Not really. It just means we’d have to come back next year.’ Watch out, boys of the ATP, you’ve just been served notice that neither of them are going anywhere anytime soon!

There were also some women’s matches going on, and for the first time in 36 years, it would be an all-American semi-finals as Venus Williams, CoCo Vandeweghe, Madison Keys and Sloane Stephens all moved on. The surprise on the women’s side was Vandeweghe’s straight sets victory over top seed Karolina Pliskova, who didn’t look at all herself.

This is the face of a man at the top of his game. Who has seen his top competitors fall by the wayside (or withdraw). Who has seen his friend and great rival be upset by the man on the other side of the net, not once but twice here in New York. A man who hasn’t won here since 2013, when he was at the summit of men’s tennis, a place he’s finally returned to this season.

That’s right, our gentleman friend’s championships came to an end at the hands of Nadal. Credit where credit is due, J.M. has had a spectacular championships, which is good for the game; Rafa, Roger and J.M are the only players who have an uncanny ability to get the crowd going, and the fans do love J.M. It wasn’t that del Potro played badly (that second set bagel notwithstanding) it was just that he really had nothing else left in the tank after his marathons against Thiem and Federer. In the end though, we got half of what we wanted in the final, but more intriguing was the idea that the opposition would be a first-time finalist. Thank you Rafa for keeping up your end of the bargain.

So who, you ask, is the lucky man who gets the pleasure of playing Nadal on Sunday evening? Would it be Nadal’s countryman,  Pablo Carreño Busta or would it be the tall South African Kevin Anderson? Surprisingly, it would end up being Anderson, who played a brilliant match against the Spaniard to make his first ever final at the age of 31. Yes, he’s the same age as Nadal and making his maiden appearance in a Slam. Nadal, on the other hand, is paying in his 23rd and going for his 16th Slam title, which, by the way, would put him 3 behind Federer’s total.

If a Grand Slam final involving Rafael Nadal and Kevin Anderson seems a bit weird, then its nothing compared to the women’s final which will be contested by the 15th seed Madison Keys and the unseeded Sloane Stephens. For those of you thinking that Venus Williams was a surefire finalist, well, you thought wrong. Stephens, for a while, the seeming heir apparent to the Williams sisters dynasty who missed a lot of time due to injury, scored the biggest victory of her career, winning a three setter against Venus. Not sure what the bigger upset of the day was: Venus going out or the Patriots losing their season opener against the Chiefs. Not that I’m bitter or anything…….

Madison Keys dispatched CoCo Vandeweghe relatively easily to score her first finals berth. So, an All-American women’s final. This should be a really compelling competitive match, no? Meaning that two of this year’s women’s Slams will go to a first-time winner (Jelena Ostapenko you may remember won the French Open back in June).

For those of you who thought the women’s final would be exciting and competitive, between two good friends and two first time finalists, I’m sorry if you were slightly underwhelmed. What transpired on Arthur Ashe on Saturday night was a collapse of Madison Keys’ game and a dominating performance from Sloane Stephens. Stephens, unseeded and ranked somewhere in the 80’s coming into the US Open, demolished Keys 6-3, 6-0 to win her first ever Slam title. Their embrace at the net afterwards was enough to make the staunchest of tennis fans shed a tear, and the look on her face afterwards was one of pure joy and seeming disbelief at the paycheque!

Well. That went…..exactly the way everyone expected it to. Rafa won his 3rd US Open title in just over two hours in straight sets, 6-3, 6-3, 6-4. The only real hope that Kevin Anderson had of beating the imperious no. 1 seed was his serve- and considering he’s 6’8, it is one of the best serves on tour. Unfortunately for Kev it didn’t fool Rafa in any way. Once Nadal got his break of serve, he was gone and there was no reeling him back in. There was some brilliant shotmaking from Nadal and he lost a minimal amount of games on his serve. To say that Kevin Anderson had no chance of winning this match is probably a bit harsh……..but he literally had 0 chance, not with Rafa in imperious form. His ruthlessness hearkened back to his straight sets win over Stan the Man in Paris back in June. At least Anderson can say that he has played in a Grand Slam final and acquitted himself reasonably well, and by well, I mean he won a total of 10 games against the legend that is El Toro, Rafa Nadal.

With the last Slam of the year over and very little meaningful tennis left (the ATP Tour finals are the last ‘big’ tourney of the year) what have we learned this season? First, that Rafa and Roger don’t intend to go anywhere anytime soon. Between the two of them, they’ve split all 4 Slams, and monopolizing the top of the rankings yet again. Nadal will remain at No.1 and Federer will be No. 2. They’ll spend the rest of the season battling for the top spot- probably. Second, Andy Murray, Novak Djokovic and Kei Nishikori are done for the year; when they do return in January, none of them will be in the top 10, in fact, Murray will be lucky if he’s ranked somewhere in the mid teens. Third, American women’s tennis seems to be on the rise- again. Not that Serena and Venus are done yet, but with Sloane Stephens and Madison Keys on the scene, I’d say that the women’s game is in good hands when the Williams sisters do hang it up. Fourth, Maria Sharapova and Petra Kvitova are back. Which is also good.

So with that done and dusted, I’m looking forward to writing my first post about Australia come January. Thanks for reading and as always, like and follow SplitFocusSports for all your sports blogging needs. We’re on Facebook, Twitter and Instagram. See you next season, tennis fans!! Until then, I’ll leave this here, because once again, these two, having orchestrated an incredible renaissance, are at the top. And it was a heck of a ride Rafa and Roger have given us. Thanks gents!