The 10th placed Cheshire Phoenix head to London n Friday night looking for a third win in their third and final match-up this season.

Their last meeting in the Copper Box saw a Phoenix take the win. Mike DiNunno scored a last second three-pointer under enormous pressure to win by one point.  The Phoenix won their second match up in Cheshire 111-94 but the Lions will be hoping for a big win tonight as the Phoenix have been officially eliminated from playoff contention. 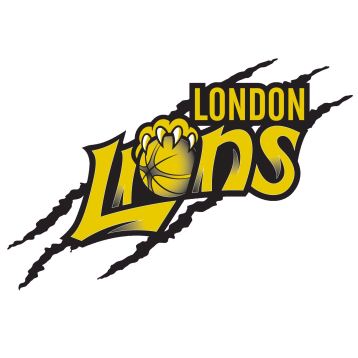 The Phoenix overcame the disappointment of missing out on the playoffs by beating the Manchester Giants last weekend in Manchester, 83-93. The Phoenix had a big second half, outscoring Manchester 65-44, with Earl Brown Jr. top scoring on 24 points, with 8 rebounds. The Lions will make it a priority to stop Brown Jr scoring and box him out on rebounds, a role Niktash, Hassan and Wells did excellently this last weekend.

The Phoenix had 21 free throws, with Manchester committing 19 personal fouls on Friday. The Lions conceded 18 fouls in the first half of their last game and this will be an important area for the London side to focus on if they hope to win.

Zaire Taylor will have revenge on his mind this evening as he faces Mike DiNunno for the final time in the season. In game one Taylor guarded DiNunno as he hit the game winner. In game two DiNunno scored 40 points against the Lions, and Taylor took that personally. Zaire Taylor takes defending seriously and believes he is a good defender, as well as being an excellent scorer and ball handler, tonight will be a massive game for him.

Navid Niktash was untouchable in Sunday’s win against the Riders. The Riders defence had no reply to his post moves, shooting and desire to score flashy dunks. Niktash also played a calm game conceding only 3 fouls in the game. Niktash will look to be the difference maker again tonight as he takes on Cheshire’s talented forwards.

The Lions have lost their last 4 games against the Phoenix but are setting their sights on the postseason and being in the best form possible before playoff basketball.

London had a very good win on Sunday against a rotated Leicester Riders team. The Lions scored at will and had a great night of 3 point shooting, scoring on 54% of shots from 3. The Lions were also very strong inside the arc and especially in the paint, winning rebounds, boxing out players and scoring baskets. Rashad Hassan finished with 22 points, all of them scored in the paint under the basket. Another dominant performance from Hassan will see his chances at winning the scoring title take a boost, as Fletcher will play against the Eagles and Wolves this weekend.

Keys to the Game

Although the Phoenix have won their last 4 against the Lions I expect the home side to take the win. It is their final regular season home game and will want to end the season at home on a high in front of a busy, noisy Friday night crowd.

The Lions feel they have unfinished business with the Phoenix, especially how the last home game ended with a buzzer-beating loss. Expect a fired up London pushing hard for a big win.

It will be close, but the Lions will win by 5 points.