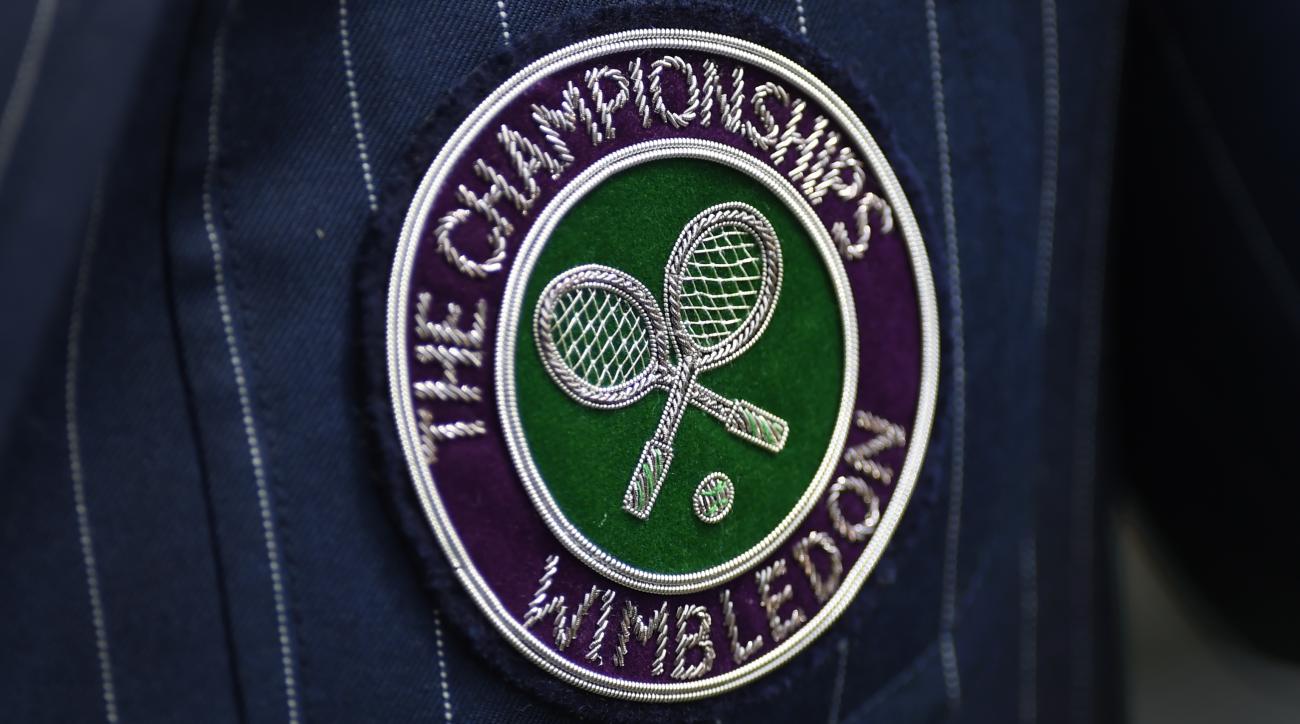 The country is currently in the grip of a heatwave which is a good thing since its Wimbledon time. Yes, that’s right, the premier event on the tennis calendar has arrived again, and with no rain in the forecast for a while, it’s bound to be a scorcher down in SW19.

As you may recall, last year’s edition was won by Roger Federer and Garbine Muguruza, and once again, Federer is the favourite to win again (shocker!) He may have the top seeding in the men’s draw, but he’s not the world no. 1. That title is held by Rafa Nadal, seeded second here but looking dangerous after claiming his 11th French Open title a few weeks ago. Despite having not played a grass court event in the run-up to Wimbledon, he says he’s ready. Federer has lost a grass court tournament leading up to this week (he lost in Halle to Borna Coric).  Canadians Milos Raonic and Denis Shapovalov are also in the draw as well (Raonic is seeded 13th while Shapo is seeded 26th). 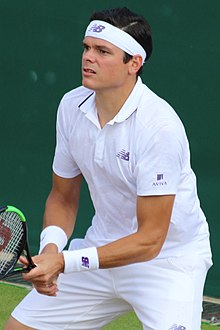 On the women’s side, Simona Halep and Caroline Wozniacki are the top two seeds with both looking to capitalise on their maiden Slam wins this year. Also seeded, somewhat controversially, is Serena Williams, at number 25, after the board decided that pregnancy and childbirth shouldn’t affect seedings. To a certain extent. Those seeded below Queen Serena are somewhat miffed, but then they haven’t brought a baby into the world and continued on training. Nor have they won 23 Grand Slams…………..*sideeye*

Sad news for British tennis though, as Andy Murray withdrew the day before things kicked off, stating that his hip wasn’t ready for best-of-five tennis. Fair enough, but he played two grass court tournaments before Wimbledon, if Murray knew he wasn’t ready for a Grand Slam, he could have saved the powers that be the hassle and withdrawn sooner. 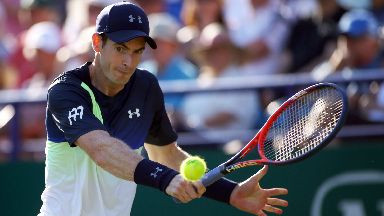 So get your sunhat out and your Pimms and strawberries and cream ready, it’s Wimbledon time!

If there’s one thing that is guaranteed on the first day of Wimbledon is that there will always be an upset. Or two. Or maybe 3. But 8? Really? Once again, I missed all of the day’s action, but I understand that Roger Federer was his usual brilliant self and is tipped to win his 9th Wimbledon title. So there’s that. But Nadal lurks. 6th seed Grigor Dimitrov and 16th seed Borna Coric (who beat Federer in Halle the other week) saw themselves beating a hasty retreat from SW19. Joining them were women’s 4th seed and French Open runner-up Sloane Stephens, who was upset courtesy of Donna Vekic. Serena Williams also won, so there’s that.

To be honest, Day 2 of Wimbledon paled in comparison to the England match, which let’s be honest, if you weren’t watching, then shame on you. Apologies to Rafa Nadal, but on this occasion, football won today. England won. In a shootout.

The big story of the day was the men’s French Open runner-up Dominic Thiem retiring with an injury.  British No. 1 Kyle Edmund won his first round match handily. 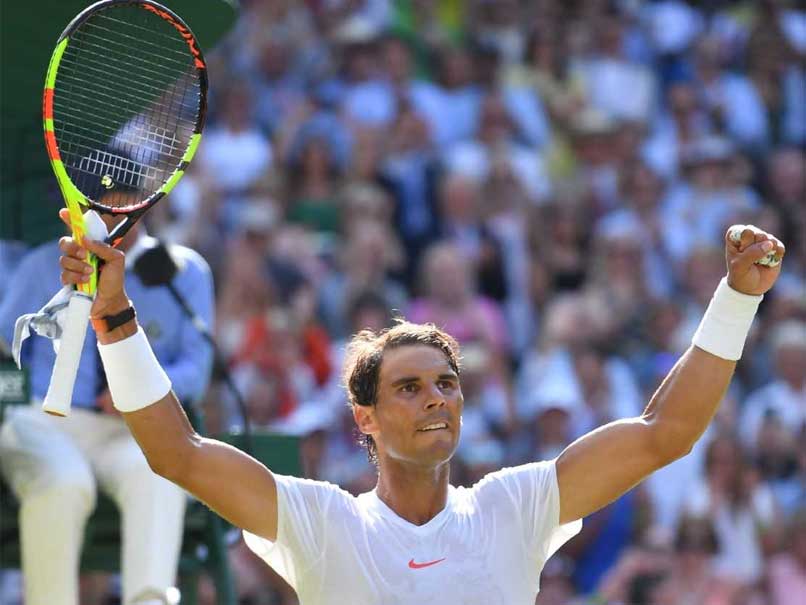 Still reeling from the England match, I again watched no tennis. Not that it matters because Federer won again. So did Serena. And 6 matches were suspended due to darkness. Oh, and the women’s seeds were upset. Again.  #statusquo

Day 4 came and went with me watching no tennis again. The problem with Wimbledon is that all the matches are in the day when I’m at work and unable to watch. Which also means I end up playing catch-up with this post………………and for that, dear readers, you have my humblest apologies. British tennis hopes took another dash as Johanna Konta went out at the hands of the unseeded Dominika Cibulkova. However, Kyle Edmund made it through to the next round and will play Djokovic. On the same day as England play Sweden in the quarterfinals………………….. 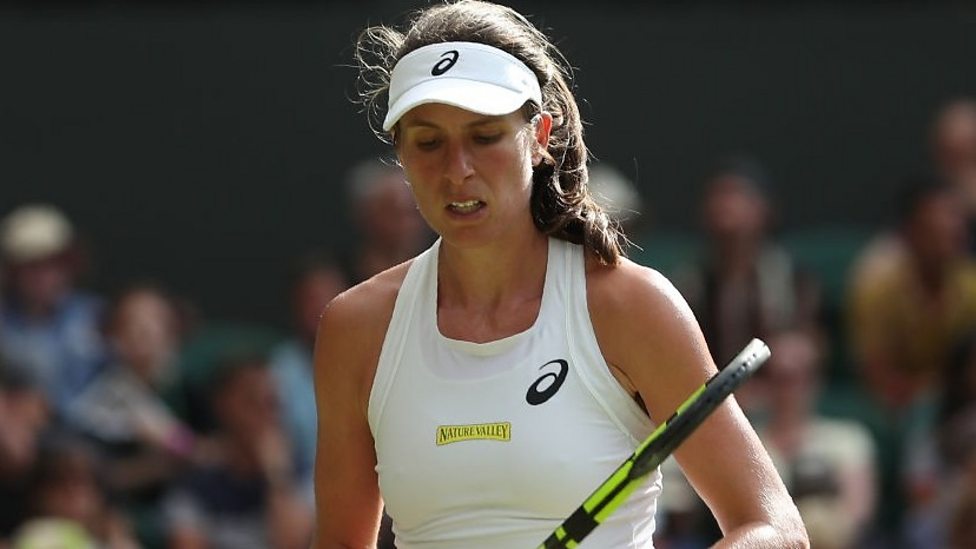 Defending women’s champ Garbine Muguruza also crashed out at the hands of Alison van Uytvanck, who seems determined to emulate the Belgian footballers and beat the world.

On the men’s side, it was an early exit for both Shapo and the small, yet annoying Diego Schwartzman (who at least won’t be around to pester Rafa in the later stages of the Championships). Speaking of Rafa, it took him just over 2 hours to dispatch Mikhail Kukushkin. 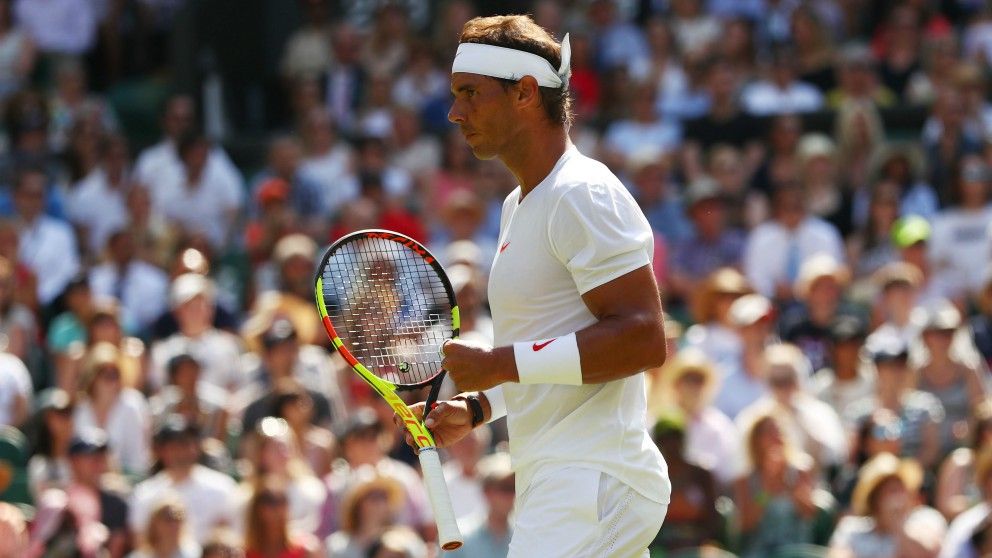 At the end of Day 5, only 2 of the top 10 women’s seeds remained in the tournament, (Karolina Pliskova & Simona Halep) while on the men’s side of the draw only 1 of the final four players from last year’s tournament (Roger Federer, who else?) remained after Sam Querrey was dismissed from SW19 by the always entertaining Gael Monfils. (You may recall that last year’s runner-up Marin Cilic went out courtesy of (another) Argentine, Guido Pella, while his opponent in the semis, Gilles Muller, was sent packing by Philipp Kohlschreiber, back on Day 3.)

Of course, Serena is still around(!) And Roger, natch. 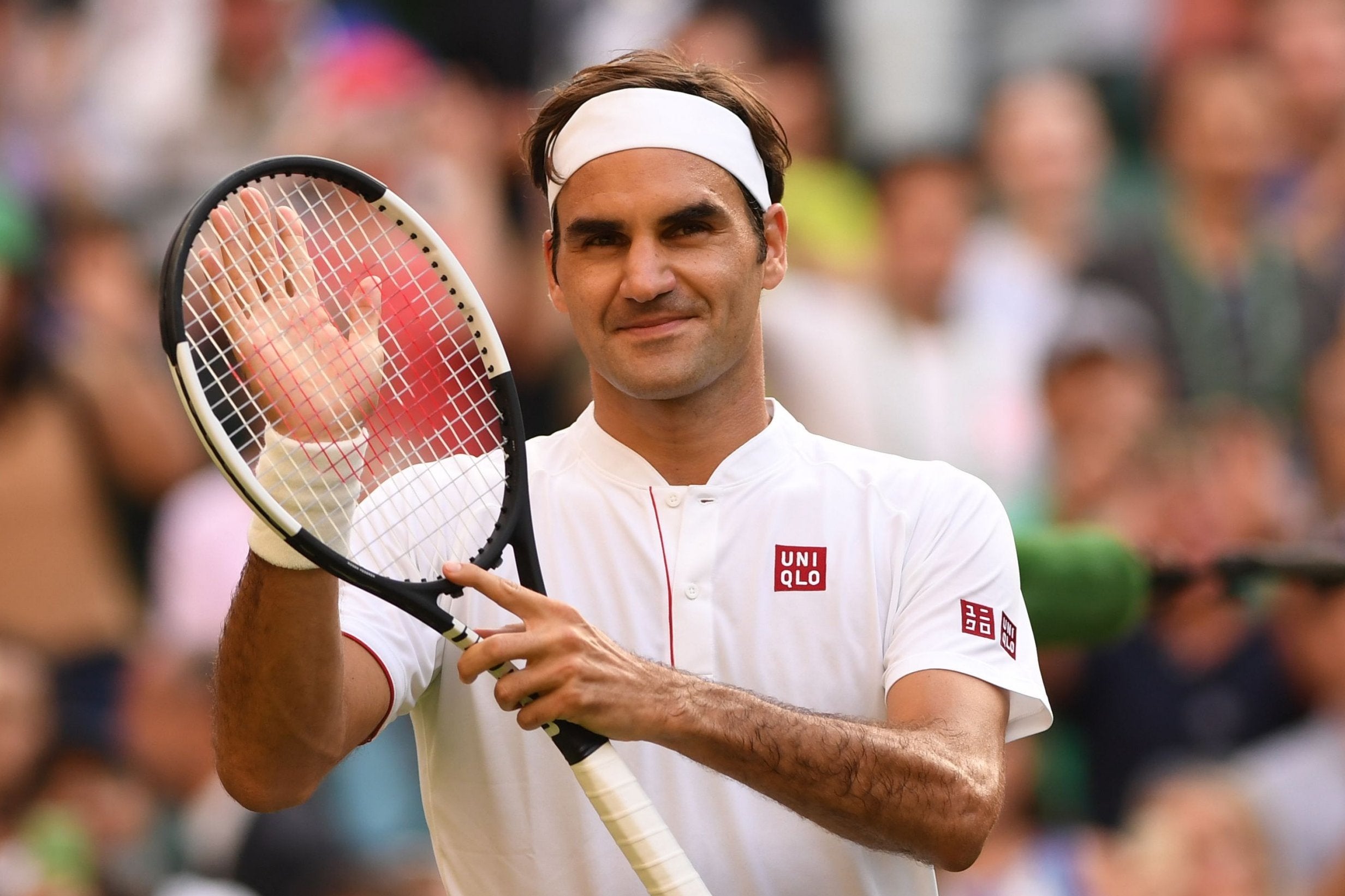 To be honest, if you are a person who cared about tennis today, then, shame on you. As everyone knows by now, England beat Sweden 2-0 to make it to the World Cup semifinals. For the first time since 1990. This was pretty much the only thing that mattered on this day. 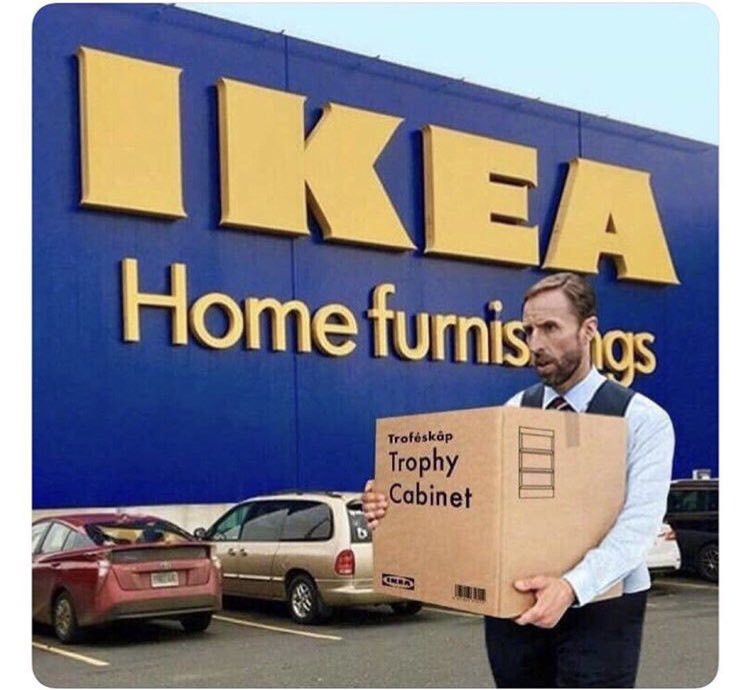 Except, we all forgot that Kyle Edmund was playing Novak Djokovic. I mean, it didn’t matter anyway, because he lost. But what could have been……………..#tennisisn’tcominghome

And it wasn’t just Kyle Edmund that went out. A slew of seeded players (one of the worst mass exoduses of them in years) packed their bags today. Maybe they all wanted to watch the footie?

In his post-match interview, even Rafael Nadal wanted to know about the football, and was it coming home? (He’s clearly a secret England fan since Spain went out.)

With most of the seeded players on the women’s side gone and only 1 of the top 10 left, )looking at you Karolina Pliskova!) the second week is going to be an interesting one for the ladies. This seems to be the problem in women’s tennis over the last decade or so, because bar the consistency of the Queen, Serena, none of the other women seem to play consistently to stay in the top 10. Yes, Simona Halep is still the world no. 1 and yes she did win the French Open, but she didn’t make the finals in Australia, and she won’t be making the finals here, nor did she last year. Who will? Serena. Probably. But who will she play? Pliskova? Ostapenko? We’ll have to see.

On the men’s draw, things look more stable, with Rafa and Roger on a collision course for the final. 2018 marks the 10 year anniversary of their very famous showdown, which Rada won in 5 sets to win his first Wimbledon title and deny Roger his 6th straight. (But that’s another article………….). Djokovic remains to (potentially) spoil the party. And our gentleman friend del Potro shouldn’t be counted out. (Even though, clearly, the Argentine football team can.) But if you’re not hoping for another instalment of the Fedal rivalry/bromance/party, then you’re wrong, and you should be ashamed. 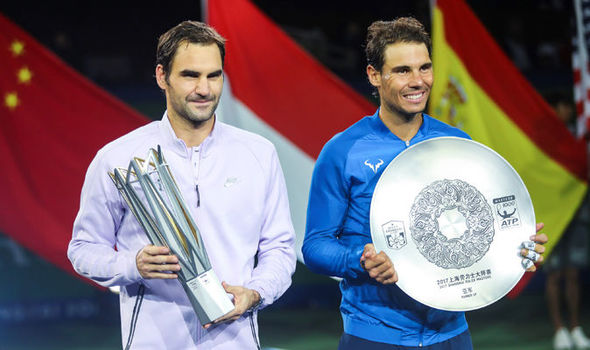 Stay tuned for my Week 2 report and Men’s Final report (if I’m not too busy watching the football……………). #itscominghome 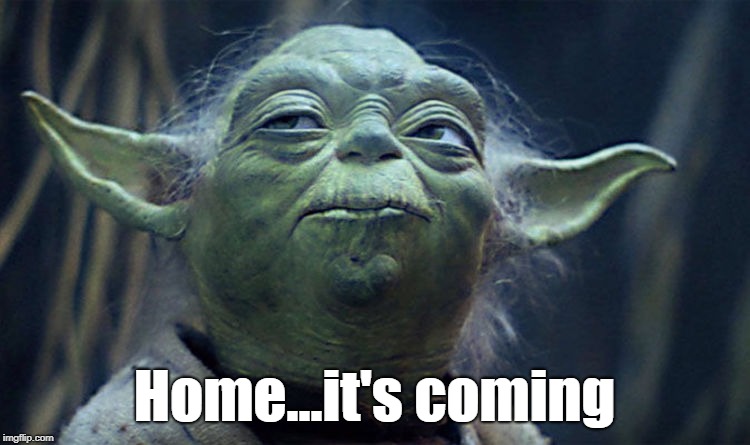