Serving it Up(sets) Down Under: Australian Open Week 1

It’s that time again, tennis fans! The 2018 tennis season is upon us, as is the first Slam of the year. While I do love the Aussie Open, I don’t love the time difference; and now that I write about it, I find it more irritating than before. My personal feelings aside, let’s just get to it shall we?

Only one of last year’s Open champs is returning for 2018. Despite her best efforts, Serena Williams decided to withdraw, saying she wasn’t quite ready. But let’s give her a break because she did have a baby……and look how adorable little Alexis Olympia is!

Roger Federer is heading into this year’s tourney as the favourite…..which he thinks is a bit ridiculous because he’s 36. But apparently 36 is the new 26. (Just like 40 is the new 30. Just ask Tom Brady. And yes, the comparison is relevant.)

Also in consideration for the title is Rafa Nadal, back on form after a slight niggle in his knee sidelined him from the warm-up in Brisbane.

Novak Djokovic is also returning to competition after an elbow injury sidelined him for the second half of last season. He returns seeded 14th- the lowest ranking he’s had since 2010(?) Also returning: Stan (the Man) Wawrinka.

But while all of that is good news, let’s just address the elephant in the room: Andy Murray’s wonky hip. It was painfully obvious that he wasn’t going to make the Open, not after he limped around the court in Brisbane. He then promptly had surgery in Melbourne, after initially being hesitant about it as the doctors couldn’t guarantee him a full recovery. Nonetheless, he’s had it done and he aims to make his return in time for Wimbledon. 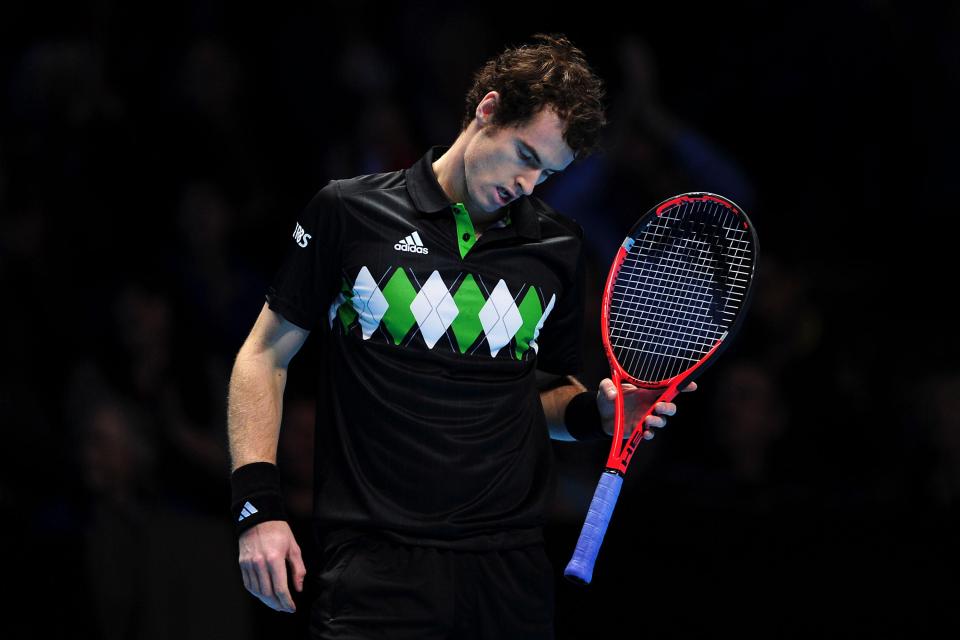 Also not in attendance are Kei Nishikori and Victoria Azarenka. Neither is Bernard Tomic, who failed to qualify for his home Slam and then afterwards said he’d ‘be at home counting his millions.’ It should be noted that he wasn’t given a wild card spot by tournament organizers either. Tomic, and to some extent his countryman, Nick Kyrgios, have long been known for their (sometimes) lackadaisical play on-court and their childish/couldn’t-care-less attitudes off it. You will recall that Tomic came under fire last season when, after his first round loss at Wimbledon, told reporters afterwards that he ‘was bored.’ We’ll wait to see if his attitude changes this season or if he finds himself off the tour.

The women’s game is just as muddled and confusing as it was after the US Open and there is no clear favourite to win the title. Any of the three players who won Slams last year has a decent shot and never count out Venus Williams either.

The only thing absolutely guaranteed to happen will be the heat. Australia is experiencing it’s hottest summer in years. You may recall that players were taken off the pitch during the Ashes after the mercury reached 40°C.

And while complaints from players about the Melbourne heat is relatively standard during the Open, it’s anyone’s guess how long it will be until matches need to be postponed.

Preamble over, let’s get started!

If you were one of those that thought that surely the women’s seeds would get it together and not tumble left, right and centre court (pardon the pun) as they did last year, then I’m sorry. Because that’s precisely what happened on Day 1 with Venus Williams, Dominika Cibulkova, Shuao Peng, Elaterina Makarova and US Open champs Sloane Stephens all falling by the wayside. The men’s side also saw it’s fair share of upsets with Lucas Pouille, John Isner, Jack Sock and US Open finalist Kevin Anderson all going home. Anderson fell at the hands of British No. 2 Kyle Edmund, flying the flag Down Under in Andy Murray’s absence. 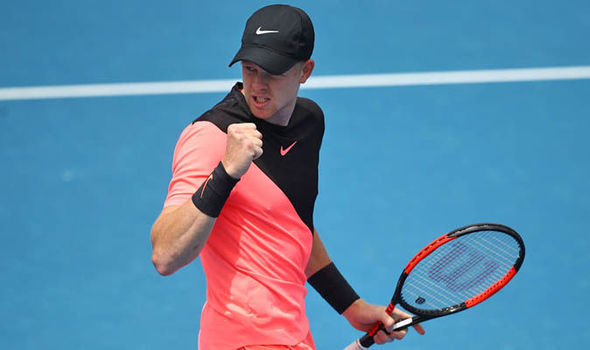 Rafa Nadal started his quest for a 3rd Aussie title with a convincing straight set demolition (6-1 6-1 6-1) of Victor Estrella Burgos. He also seems to be returning to the muscle shirts of his early career. As long as the pirate pants don’t also make a comeback, it’ll all be fine. Proving that his knee injury is but a blip in the rearview mirror, he looked in fine form.

Day 2 saw the return of Novak Djokovic who cruised to victory over Donald Young and looked like he was back on form after his injury. Despite being seeded 14th in Melbourne, he will be a dangerous opponent in the later rounds as he aims to get back in the Slam winner’s circle. 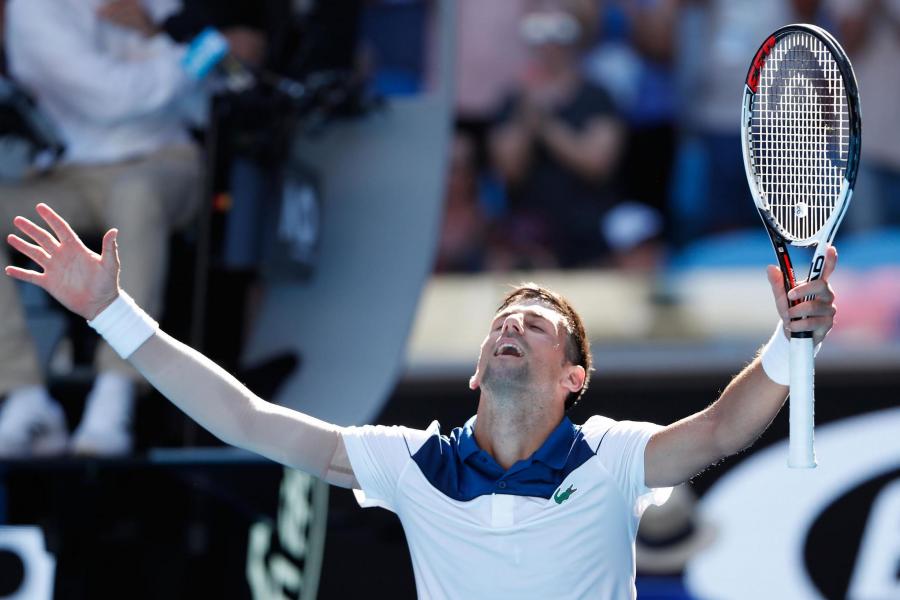 Roger Federer was in imperious form also scoring a straight set victory over Aljaz Bedene, now representing Slovenia, and not Britain. Women’s world no. 1 Simona Halep was also in action………….I know, I’m not sure how that happened either, but I digress. Milos Raonic is his return from injury lost a 4 setter to Serbia’s Lukas Lacko. While his first-round exit, to a qualifier no less, is surprising, let’s remember that its his first major tournament after he too fell victim to the injury bug in the latter stages of last season. Upsets of the day included Petra Kvitova, Kristina Mladenovic and Roberto Bautista Agut. 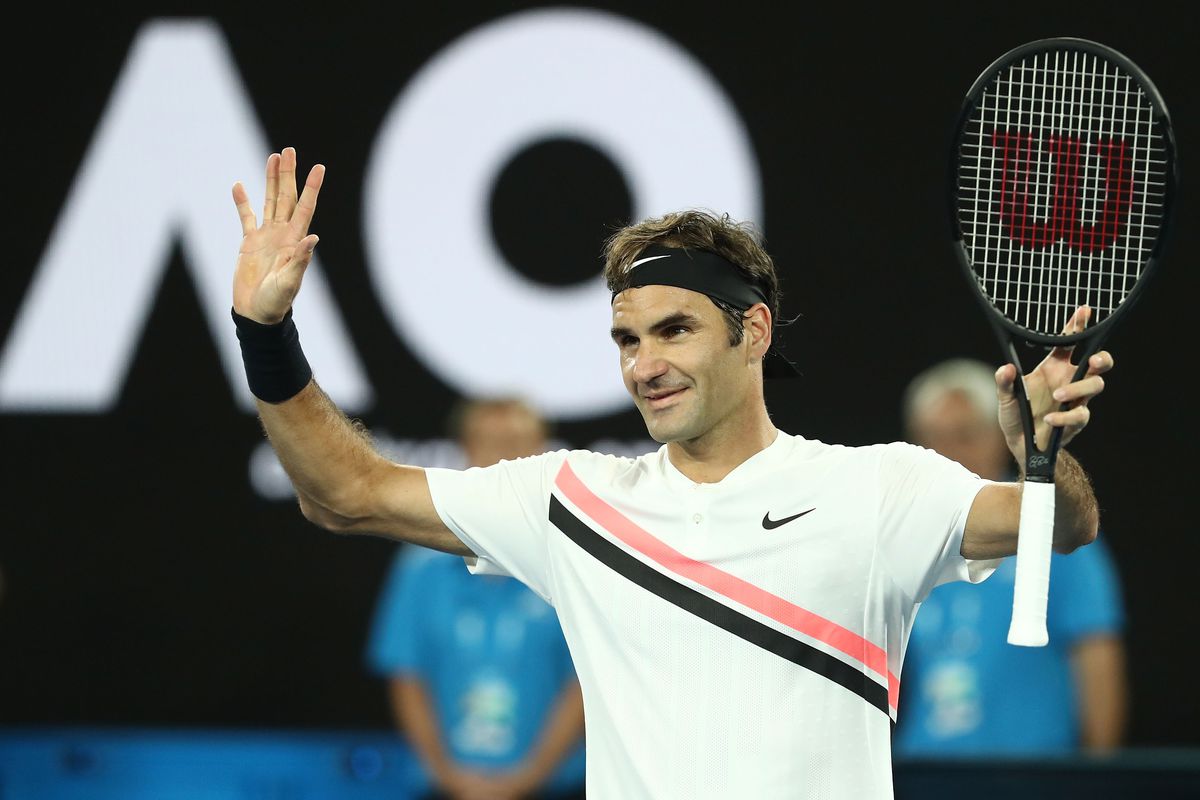 Day 3 was a quiet one in Melbourne. It was also quite hot, temperature wise. On a day when not much happened, the heat was about the only thing to complain about. There were 4 upsets in total, and Rafa was Rafa, convincingly defeating his opponent, Leonardo Mayer. Also departing was Denis Shapovalov, who had that great stretch at the end of last season, which is a shame. But then maybe the heat got to him. He is Canadian after all, and we Canucks love the cold weather……………*shrug*

Kyle Edmund, possibly attempting Murray-esque things, made it to the second round with a victory over Denis Istomin.

Day 4 was hot………………..like, really hot. Like pushing 40C hot. And you could tell. Both Garbiñe Muguruza and Johanna Konta withered in the Melbourne heat, while on the men’s side, Stan the Man fell by the wayside too. There were a grand total of 8 upsets on Thursday. 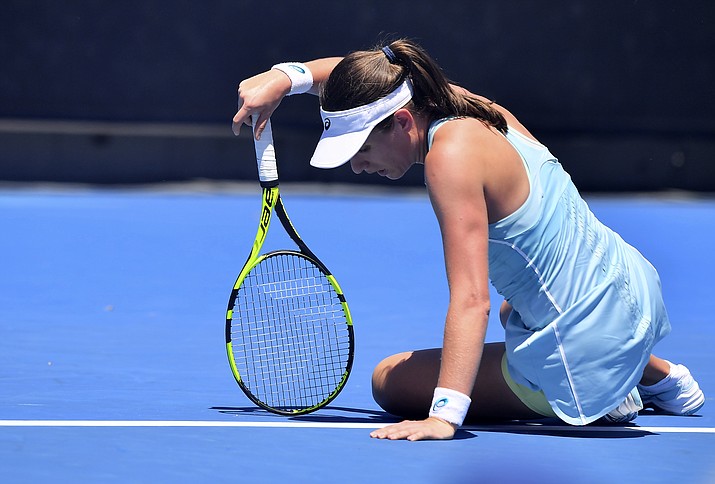 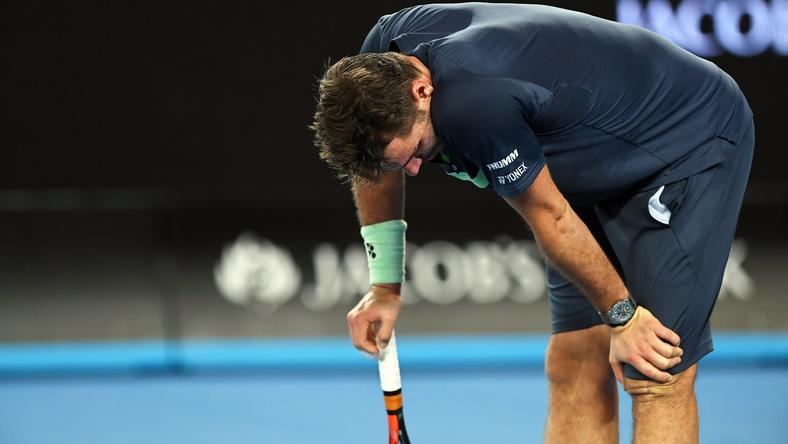 For Djokovic and Federer, however, the heat was of little consequence as they both scored victories. Djokovic had to work harder for his, however, as Gael Monfils put up a decent fight.

Friday was a bit of a slow day in Melbourne. Not a lot happened. Maybe it was too hot. Only 2 upsets on the day: Jelena Ostapenko and Jo-Wilfried Tsonga, although the latter fell at the hands of the homeboy Nick Kyrgios. And Rafa Nadal won. If this is an example of the status quo in tennis, then I’ll take it. 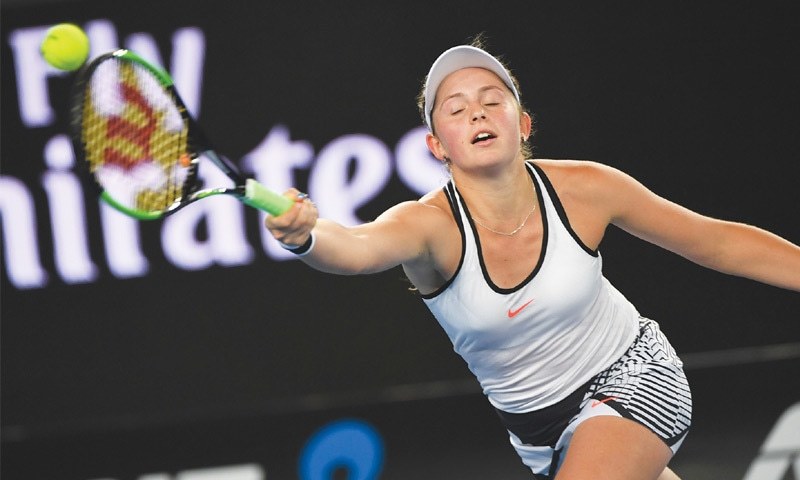 Saturday saw Djokovic and Federer continue their winning ways, while on the women’s side Simona Halep and Angelique Kerber booked their tickets to the next round. And it was still hot. 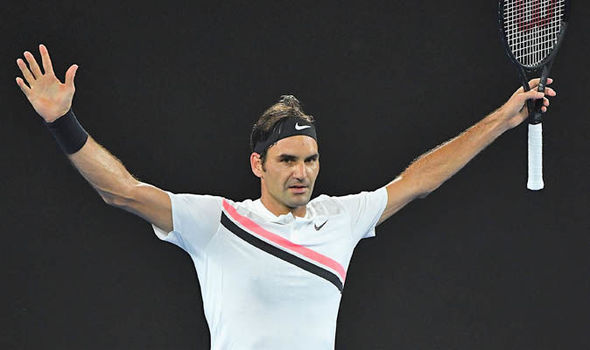 4th seed Alexander Zverev succumbed to the heat and to unseeded Hyeon Chung while Tomas Berdych sent our gentleman friend del Potro home. Maria Sharapova’s comeback came to an end at the hands of Kerber.

On the Kyle Edmund front, he made it through to his first career Slam quarterfinals with a win over Andreas Seppi. Rafa continued his march through the draw with a win over Diego Schwartzman. 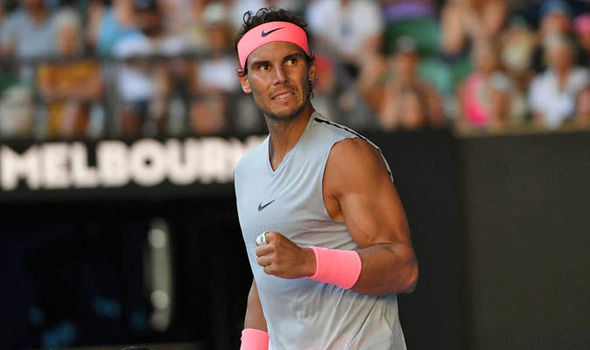 The business end of the Australian Open will start on Monday, and judging from the first week’s upheaval, the second half is going to be interesting. But then, it always is.

Sidenote: I’m currently watching the AFC Championship, and the Pats are down by 4.

If the men’s final doesn’t involve Federer and Nadal is it really a Slam final? Can Novak Djokovic put an end to the Fedal storyline? Will Simona Halep finally win her first Slam title?

Can anyone stop the Fedal train?